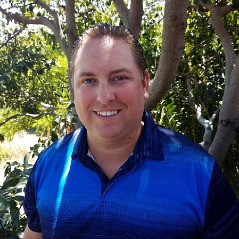 Russell Adkins is a Texas native who moved to Maui in 2006 with his wife after he graduated from Texas A&M University with a Bachelors of Business Administration in Accounting and a Masters of Science in Financial Management. He started his accounting career in 2006 on Maui and obtained his Hawaii Certified Public Accountant license in 2010. Russell has been working part-time as an accountant/CPA for Kawahara + Hu, LLC, CPAs and in July 2015 he began working for Maui Brewing Company as its Chief Financial Officer. Russell has been an integral part of several of MBC’s sustainability projects including an off-grid solar system as well as the “Foam to Table” project. Russell’s passions include spending time with his family (Wife: Jessica, Daughter: Kylee, & Son: Kaden) and friends, raising cattle in Texas and on Maui, and providing financial education and awareness to his many friends and acquaintances. 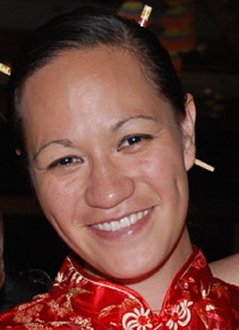 Born and raised on Maui, Sayble Bissen comes from a lineage that hails from all parts of the island including Paia, Keanae, and Kahakuloa. She is a member of the second graduating class of Kamehameha Schools Maui and went on to continue her education in California, earning a B.A. in Communications from Santa Clara University. After returning home, Sayble followed her passion for video production with a position at Akaku: Maui Community Media, Maui’s local public access station. She spent six years with the non-profit eventually working her way up to become the Director of Production. She is currently the Communications Specialist at Maui Electric Company where she assists with all internal and external communications. In her free time, Sayble enjoys raising her two-year-old son, Noah. 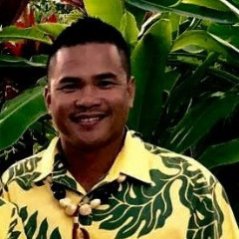 Born and raised in Napili, Maui, James Cacal is the Assistant General Manager at the Old Lahaina Luau. After graduating in 1998 from Lahainaluna High School, James joined the Navy and served for four years. Stationed in San Diego, his two Western Pacific Employments had him traveling the world, taking him to Australia, Thailand, Singapore, India, Bahrain, Mexico, Guatemala, and Abu Dhabi! Upon his return to Hawaii, James began working at the Old Lähaina Lüau in 2002 as a greeter. Over the past 15 years, he has held various positions within the company each advancing him to the next level. He has studied the 7 Habits of Effective Leaders, worked with Zing Train, and attended numerous seminars and certification courses including Fred Pryor and the Disney Institute. Currently, he is a member of Toastmasters International’s Moalii Club in Lahaina. As a father of two, James embraces the Hawaiian value of ohana and believes in the importance of giving back to the community. In 2016 he was recognized as being a Top 10 Volunteer of Nä Hoaloha Ekolu. 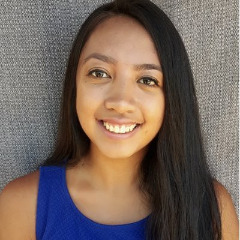 Joni Lynne Celiz is the Community Development Manager at American Cancer Society, Maui. In this role, she is focused on community outreach, cancer prevention education, and fundraising. She was born and raised in Lahaina and received her Bachelor of Arts in International Studies and History at Monash University in Melbourne, Australia. Previously, she worked as Director of Development at Pacific Forum CSIS, a foreign policy research institute focused on defense and security issues in the Asia Pacific. Joni developed her skills in fundraising, public relations, and program management, and expanded the Hawaii Asia-Pacific Affairs Leadership Program that taught young professionals about international affairs and Hawaii’s role in the Asia-Pacific region. Joni is passionate about youth leadership and education, civil liberties and social justice, and sustainable development. She is eager to give back the Maui community that raised her through non-profit work and volunteering. In her free time, she enjoys going to the beach, hiking, reading, and playing music. 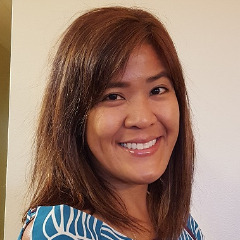 Born and raised on Maui, Shelly attended Maui High School and attained her Bachelor of Science in Travel Industry Management and her Masters in Human Resource Management degrees through the University of Hawaii, Manoa.
While much of her employment background is in Human Resources, Shelly returned to her current position as Legislative Analyst for the Office of Council Services where she assists policymakers with a variety of matters including affordable housing and agriculture issues affecting our County. Aside from work, she enjoys getting involved with and organizing community events. She plays an active role in her son’s Boy Scout activities and is currently an Activities Co-Chair for her daughter’s Project Graduation. Cheering on her kids at their soccer and water polo matches, shopping, hiking, traveling, and spending time with family are some of her favorite things to do. 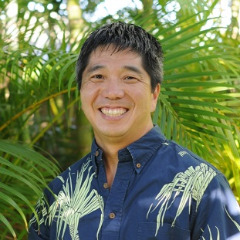 Edde was raised in the Seattle area and attended the University of Washington, where he received his B.S. in Mechanical Engineering. While obtaining his degree, Edde was awarded a scholarship to attend Tohoku University in Sendai, Japan and interned for an aerospace and defense company. Edde later earned his M.S. in Systems Engineering from the University of Southern California. On Maui, he became a Freemason and is involved with the Scottish Rite & Shrine Club, which assists Maui’s youth through scholarships and healthcare support. He is also involved with a committee at his job that delivers grants to various local STEM-related organizations and volunteers his time to promote STEM education. In his free time, Edde enjoys running marathons, biking, swimming, and relaxing at the beach with his wife. 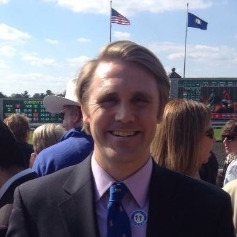 Born and raised on Maui, Logan built an early affinity for the outdoors and a curiosity for how the things around him worked. After graduating from Seabury Hall, he attended Gonzaga University for his undergraduate and graduate business degrees. Upon graduating with his MBA, he signed up for the Army and became an Infantry Officer. The honor of leading his men in Iraq and at home are some of his proudest memories. He returned to Maui after his service and has worked in various business sectors throughout the islands learning how they contribute to building Hawaii. He enjoys constantly learning, spending time in the outdoors, and exploring the world. 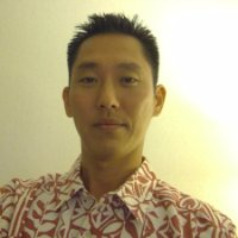 Brian was born and raised in southern California where he attended the University of California, Los Angeles (UCLA). While still there, he began his foray into the non-profit sector, where he remained through his move to Maui and the nearly decade-and-a-half since. His current position as the Executive Director of the Maui County Workforce Development Board is his first experience working in the public sector. Outside of work, Brian spends much of his time performing and teaching taiko as the Artistic Director of Maui Taiko, a Japanese drumming ensemble celebrating over 20 years here on the Valley Isle. Brian values the strength that is forged when we as communities and families support one another and demonstrates that through being active on the board of the Japanese Cultural Society of Maui and through his ongoing care of a family member with special needs. 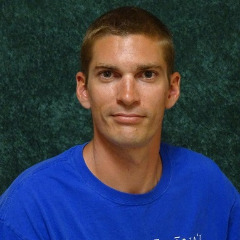 I was born in a small town in Oregon, so, when my family moved to Lana’i when I was 10 years old I found many similarities, but many unfamiliar aspects of Lana’i. New cultures, people, and environment with much to learn and explore. I have worked in hospitality, construction, as an archaeologist’s assistant, and surf instructor. Currently, I work in the culture and historic preservation department of Pulama Lana’i. I am president of the Lana’i High and Elementary School Foundation, a non-profit organization working to supplement our school with programs that benefit Lana’i students. I enjoy fishing, surfing and learning about native plants and their many uses. I have three children, a 12 year old daughter and two sons, 7 and 3. 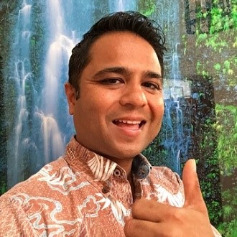 Born in India and raised in Chicago, Sne Patel cherishes that Maui has been his home for nearly 15 years. He holds dual degrees from the University of Illinois at Chicago – a BFA in Photography and Film, and BA in Drama – and acted in many of the school’s theatre productions as well as played Division I tennis. It was his passion for the arts that led him to Maui, where he hoped to find a quiet place to write a screenplay. Fast forward 15 years, and he has a different real-life screenplay going on – married to his amazing wife Tabatha with 3 wonderful boys. For the past 13 years, Sne has utilized his fine art background to manage art galleries on Maui, currently serving as the Director of Global Strategies for award-winning master photographer Peter Lik and overseeing the Lahaina and Waikiki galleries. He is also Board President of the Lahaina Town Action Committee. Sne is passionate about his family, learning new things, creating and giving back to the island home that has given him so much. 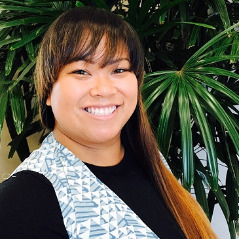 Hi, my name is Kayla Sanches. I was born and raised on the Island of Lana’i. I am a wife and mother of 3 girls. Currently, I work for Pulama Lana’i as an Accounting Clerk, mainly doing functions relating to accounts receivables. Outside of work, I am involved with a few community groups, such as Lana’i Little League (a non-profit youth baseball league ages 4-16), Lana’i Baseball Academy (a non-profit baseball club ages 14-18), and Sacred Hearts Church Choir. In my spare time, I enjoy doing anything outdoors with my family, like going to the beach, playing at the park, walking/hiking, and off-roading up to the Hale (mountain). 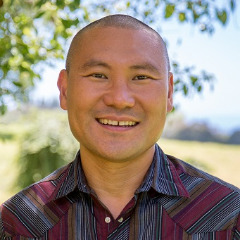 Jeremiah was born in South Korea and raised in a small town in Idaho. He graduated with a BA from Pacific Lutheran University with degrees in Global and Chinese Studies. He also attended the University of Sichuan, China and Yonsei Language Institution in Seoul, Korea. For many years, Jeremiah was a Financial Advisor in Maui and also served as a Financial Advisor Training/Mentor Leader for Edward Jones in the Hawaii Region. He now works as the Grants Manager for the Mayor’s Office of Economic Development and participates in projects regarding international relations for the County of Maui. For the community, he has served as the past Deputy Director of Finance, volunteered as a Chair for Maui County Salary Commission, served on the Maui Youth and Family Services Board, Chaired the Paul Harris Foundation and New Generations committees in Rotary and worked overseas with orphan handicap children at Holt International Children’s Service in Korea. Jeremiah enjoys running, hiking, golf and teaching his son baseball. 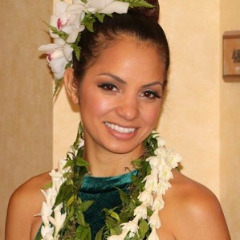 I was born and raised on the island of Maui, and spent my time in Pukalani and Hāna learning, appreciating, and accepting the true value of mālama. After graduating from King Kekaulike High School in 2005, I pursued a Bachelor’s Degree in Marine Science at the University of Hawai‘i at Hilo and graduated in 2009. During that time, I participated in the Pacific Internship Programs for Exploring Science at Kealia Pond National Wildlife Refuge, conducting predator control during the Hawaii Stilt (or Ae‘o) nesting season; and with ‘Ao‘ao O Nā Loki I‘a O Maui, restoring the Kō‘ie‘ie Fishpond and providing education outreach to visiting school groups. I was then hired into The Nature Conservancy’s Maui Marine Program (TNC), and currently, serve as the Marine Coordinator. For over seven years at TNC, I have worked with community and state groups in Maui Nui to help restore the abundance of our marine resources, not only as healthy ecosystems, but for sustenance, and to encourage Hawaiian cultural practices. In my free time, I enjoy spending time with family and mālama ‘āina in Hāna. I dedicate my time to the teachings and practices of hula under the instruction of Kumu Kahulu Maluo of Hālau Kamaluokaleihulu in Wailuku. 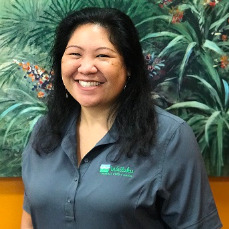 Alyssa is a Maui native and a graduate of Maui High School. She furthered her education at Maui Community College and Western CUNA Management School for Credit Unions. She has been employed at the Wailuku Federal Credit Union for 17 years and is currently the Chief Operations Officer. She leads the operations team to assist and improve the financial health of their members. Alyssa enjoys making a positive difference in the community by assisting with various public events. She is overjoyed to have been given the opportunity to be a Ka Ipu Kukui Fellow and is excited to attend the upcoming Halawai meetings. Her hobbies include gardening and swimming.