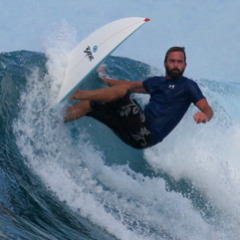 Marc is a world-traveled artist and surfer who has surfed every continent other than Antarctica but isn’t planning on climbing into a wetsuit anytime again soon. He is fulfilling his dream to work as a graphic artist and is owner and operator of Imagica Visual Arts as well as being gainfully employed with the University of Hawa’i Maui College in Creative Design and Marketing for the Office of Continuing Education and Training. Marc was the first graduate from Cal State Monterey Bay with a bachelor’s degree in Visual and Public Art – focusing on the role of art as a medium to raise awareness of social challenges in multicultural communities. Calling Maui his home since 1997, he lives in his own paradise… a stone’s throw away from the beach and within arms’ reach of his amazing girlfriend. 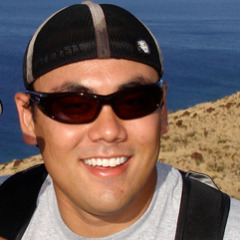 Kris is a local boy born and raised here in Hawaii. He graduated from Kamehameha Schools (Kapalama Campus) in 1999 and went on to attend the University of San Francisco while on a golf scholarship. He has since graduated with a degree in business administration in December of 2003 at which time returned back home to Maui to start his professional career. Kris’s career started with Starwood Vacation Ownership where he was the Sales Administration Manager for the Westin Kaanapali Ocean Resort Villas (KOR). He went on to acquire his real estate license and began selling the KOR property from the Sheraton Poipu Resort, Kauai. Kris moved back to Maui in 2006 to take a position with Maui Land and Pineapple Co., where he was a Development Coordinator working on projects within the Kapalua Resort. In 2009, he transitioned into Castle and Cooke Resorts LLC. as the Senior Project Coordinator. Kris’s hobbies include hunting, fishing, diving and spending time with his family. 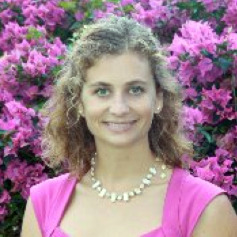 Ashley Carroll attended California State University, San Luis Obispo. After obtaining degrees in Marine Biology and Microbiology. She then joined the merchant marines for a research expedition throughout the South Pacific. It was during that 1999 voyage that she fell in love with the beautiful island of Maui and decided to make Maui her home. In 2004, Ashley joined Kapalua Land Company as an event coordinator and for over four years managed events such as The Kapalua Wine and Food Festival, Whale Quest Kapalua, Life Fest and the Mercedes-Benz Championship. In 2008, Ashley joined The Ritz-Carlton, Kapalua to implement and oversee the development and operations of the Jean-Michel Cousteau’s Ambassadors of the Environment program. Ashley is also an active advocate, member and volunteer for Ocean Futures Society, Lahainaluna Intermediate Tutor program, West Maui Watershed Makai Stewardship projects and organizer of Community Footprints efforts on behalf of The Ritz-Carlton, Kapalua. Ashley Carroll is married to Scott Carroll, Head Pro at The Plantation Golf Course, Kapalua Resort and has two young daughters. She resides with her family in Napili. 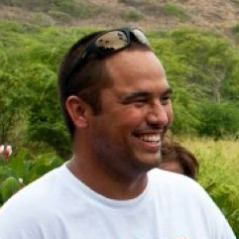 Lono was born and raised on Maui where he was taught to respect and take care of the resources surrounding him. Upon graduating from King Kekaulike High School, Lono attended Hawaii Community College where he studied tropical ecosystem and agro-forestry management. He learned the importance of Hawaii’s native ecosystem and the threats to its delicate existence. His deep-rooted appreciation for Hawaii and its natural resources lead him to pursue a career in conservation. Lono currently works for Maui Land and Pine as a field technician at the Pu’u Kukui Watershed Preserve, where he takes pride in preserving its 8,000+ acres. Pu’u Kukui Watershed is a pristine rainforest that is home to many native Hawaiian plant and animal species, some that cannot be found anywhere else in the world. In his spare time, Lono enjoys surfing, hunting, diving, fishing and yard work. 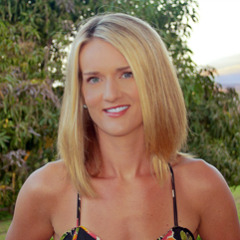 Monica grew up in the Southeast Alaska town of Juneau. It was in this temperate rainforest her love of the land was born. In 2006, Monica made the decision to move Maui. Monica quickly found a position in land conservation and her interest in nature flourished. Now as Director of Operations at the Hawaiian Islands Land Trust she is excited to continue her journey. She recently completed her Certificate in Nonprofit Management and has studied at the Wharton School of the University of Pennsylvania. She thoroughly enjoys all the magical moments with her children, photography, cooking and CrossFit. 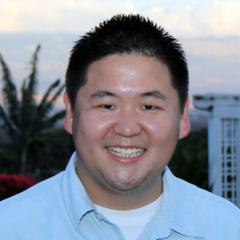 Troy was born and raised in Upcountry, Maui on his family’s Persimmon Farm and graduated from King Kekaulike High School. During his senior year, he served on the Hawaii State Board of Education as the Student Member. He attended the University of Denver (DU) in Colorado where he received both his undergraduate and graduate degree (MBA) in business from the Daniels College of Business. Troy worked at the University of Hawaii Maui College and for various political campaigns. He currently is employed as an Executive Assistant to Councilmember Mike White who represents Makawao, Haiku, and Paia on the Maui County Council. On his free time Troy enjoys photography and videography work and is the Secretary for the Rotary Club of Valley Isle Sunset. 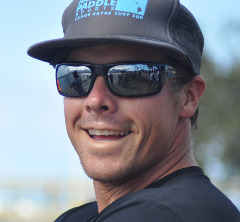 Along with being a champion outrigger canoe paddler and coach at Hawaiian Canoe Club, Tim Lara has become an outstanding community leader. After being elected Chair of the Surfrider Foundation Maui Chapter in 2009, Tim helped rejuvenate the organization by building a strong Executive Committee, bringing in new members and developing strategic alliances. The same values that have made him a champion paddler and coach also seem to have made him a successful chapter leader: persistence, teamwork, endurance and a deep love of the ocean. He has served on the board for the Maui Relay for 3 years and is race director/board member for Maui Canoe and kayak club 2009/2010. Tim is an entrepreneur owning 2 business on Maui: Maui captive audience established Dec 2005 and Hawaiian Paddle Sports LLC est Jan 2011. 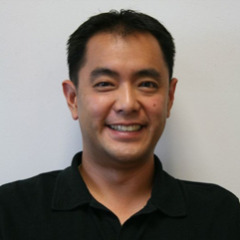 Spencer was born and raised on the island of Oahu. He graduated from St. Louis School and obtained a Bachelors of Science in Travel Industrial Management at the University of Hawaii at Manoa. In 2007, he and his wife moved to Maui and now work together as insurance agents for Atlas Insurance Agency. He is also on the board for the Maui Young Business Roundtable and the Japanese Cultural Society of Maui. On his spare time, he enjoys golfing, working out, traveling, & snorkeling. 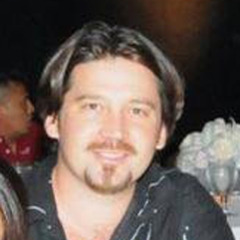 Josh is the Vice President, Maui Solar Project and a Consultant & Entrepreneur. Born in Marin County, CA, raised in Long Branch, NJ, Josh makes his home in the town of Haiku with his wife and daughter. Josh received a BA in Psychology with an emphasis in Japanese from the College of New Jersey. Josh taught English in Japan, then volunteered aboard a three-month global voyage working for the Peace Boat organization in Tokyo. He then joined three subsequent voyages around the world including Libya, Bosnia, Cuba, Russia, Sri Lanka, South Africa and eventually Waianae, Hawaii. He came into contact with land management principals of the ancient Hawaiians and became interested in raising his family here in Hawaii. In 2008, Josh moved his family to Maui and now works to help clients launch products and services with a focus on mobile and renewable energy technologies. 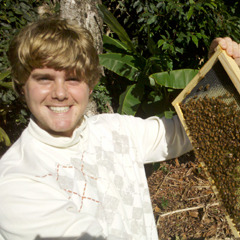 Leo Smock Randall is currently the assistant farm manager at Hale Akua Garden Farm in Huelo. The farm is an educational organic farming operation offering interning experience through the Worldwide Opportunities on Organic Farms program (WWOOF). At Hale Akua he guides farm interns through the hands-on experience from seed to harvest. Leo believes agricultural education is key for community well being and a sustainable future. He has been working on Maui for 5 years in the agricultural and conservation communities through the USDA NRCS. 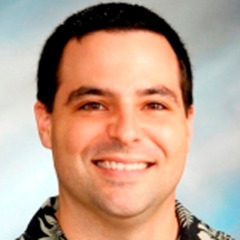 Michael was raised in the San Francisco Bay Area. He went to Bishop O’ Dowd High School in the Oakland hills and thereafter earned a bachelor’s degree in Civil Engineering at Santa Clara University, then a master’s degree in Civil Engineering (with an emphasis in Transportation and Urban Design) at San Jose State University. Michael is the Vice President and an owner of Ronald M. Fukumoto Engineering, Inc. Michael moved to Hawaii with his wife Traci in 2004. He loves living on Maui and desires to gain more knowledge of the land, history and culture. He is honored to be a part of the Ka Ipu Kukui Fellows Program. Currently, Michael is the President of the Hawaii Society of Professional Engineers Maui Chapter. Michael is also a member of the Hawaii Land Surveyors Association, County of Maui Urban Design Review Board and Maui Young Business Roundtable. In his spare time, Michael enjoys being involved in community service projects, and some of his hobbies include running, winemaking, and gardening. 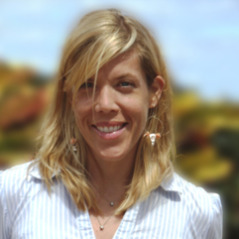 Soon after college, summer of 2001, Fiona moved to Maui from the San Francisco Bay Area to pursue windsurfing. If she was not at the beach or traveling, she was working as a civil engineer, which eventually lead to her current position at SSFM International as a project manager. She has a B.S. in Civil and Environmental Engineering from the University of California at Berkeley and is a licensed civil engineer. Fiona is a previous officer and current member of the Hawaii Society of Professional Engineers, a board member of the Maui County Hawaiian Canoe Association, and pursues her latest passion, outrigger canoeing, with Lae’Ula O Kai Canoe Club.