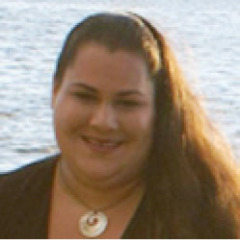 Judee is the Food and Beverage Manager for Hoaloha Na Eha Ltd. (Old Lahaina Luau, Aloha Mixed Plate, Star Noodle and Hoaloha Culinary Center) and has been for 13 years. Born and raised on Maui a graduated Lahainaluna High School class of 1993 and a 4-year boarder. She then attended Maui Community College and graduated with an Associate of Science Degree in Culinary Arts. Judee Mae’s family, culture, community and Hoaloha Na Eha Ltd. have raised and instilled true Hawaiian values which have made her the person that she today. Judee Mae wants to be a part of shaping Maui’s future to create and protect it for generations to come. 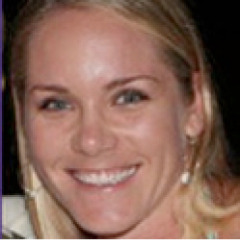 Kaimanamalie was born and raised in Wailuku, Maui. She attended the Hawaiian language immersion school until 8th grade then graduated from Seabury Hall. A volleyball scholarship took Kaimana to Washington, DC where she attended The George Washington University. After graduating with a BA in International Affairs and Geography, Kaimana did graduate work at UH Manoa in Geography. Upon moving back to Maui in late 2008, Kaimana immediately began working as the executive director of Hawaiian Canoe Club. In addition to a successful competitive paddling program, HCC runs the Hawaiian Kamalii Summer Enrichment Program. The blending of Hawaiian culture, canoe paddling, and excursions throughout Maui Nui (Maui, Lana’i, Moloka’i, and Kaho’olawe) make the Kamali’i Program one-of-a-kind. Kaimana lives in Pukalani with her husband Aaron. She enjoys canoe paddling, volunteering, coaching and CrossFit. 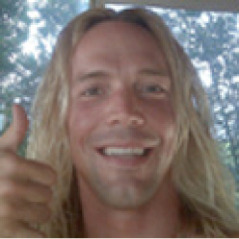 Aloha! My name is Mark Klemen. I was born and raised in Chicago, started working when I was 12 at the Chicago Board of Trade and Options Exchange and opened my own business, the Funky Buddha Lounge when I was 21. On Earth Day 2005, I opened the country’s first sustainably built (complete with solar-powered DJ booth) and uncompromisingly organic venue, the Butterfly Social Club. Three years ago, I sold my businesses and moved to Maui to be at the source of the most vital foods, the best water, and air on the planet! I am taking part in the fellowship to broaden my understanding of the environmental challenges we face on this island. I am excited to increase my network of concerned, informed and active citizens here on Maui! I believe we must be the source of the changes we need. We will have to work together to find effective and practical solutions to the challenges we face. It is my goal to help spread honest information and lead and inspire by example. I also hope that each one of us will make several changes to our lifestyles to immediately increase our beneficial impact on this island. For example, we all quite easily can make a pledge to stop buying disposable bottled waters in favor of refilling our own glass bottles and we can all carry a reusable bag to the store rather than receiving a disposable bag (whether its paper or plastic! : ). 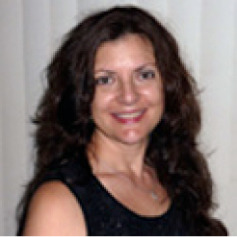 Regina was born and raised in the Pocono Mountains in Pennsylvania and lived in suburban New York before moving to Maui 22 years ago. While attending Maui Economic Development Board’s Women in Technology conference in 2000 Regina was inspired to pursue a Bachelor’s Degree at the University of Phoenix, Maui campus. She graduated with honors in 2004 with a B.S in Business/e-Business and is currently employed at Maui High-Performance Computing Center. She lives a rural, sustainable lifestyle including gardening, and lives with her husband and a small menagerie. Regina enjoys the beauty of Maui, walking and swimming, creative pursuits, and looks forward to the experiences of the Ka Ipu Kukui Fellowship. Regina is a volunteer CERT (Community Emergency Response Team) member at the Upcountry Maui branch.

Sarah is the Program & Data Assistant for the West Maui Mountains Watershed Partnership where she provides fiscal management, develops public relations materials and writes grants to maintain the many invasive species management programs for the 50,000 acres if forested watershed lands. Her job includes meeting with local stakeholders, partners and state and local policymakers on issues relating to watershed health. She is also fortunate to spend time on the field crew where she works to remove invasive species, build protective fences, monitor rare native plants and survey for land cover changes. She has seen some of the most remote places in West Maui using helicopters and back-country camps to accomplish the team’s missions. Sarah also started her own company, The Makali’i Group, last year. As the Founder and a current consultant, Sarah hopes that her company will be a resource for local businesses and non-profits to move towards sustainability in the islands. Sarah was born in Atlanta, Georgia and moved to Charleston, South Carolina in high school. She attended the University of South Carolina where she got her bachelors and master’s degree in Geography, with a specialty in GIS and remote sensing. A resident of Maui for 3 years, she lived on the Big Island in Hilo prior to her move here. She enjoys boating, snorkeling, kayaking, writing, and gardening at her home in Paia in her spare time. 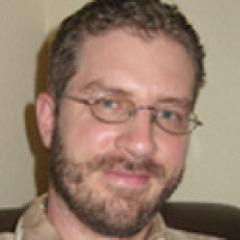 Education has always been at the center of Derek Snyder’s life, both in and out of the formal classroom. A lifelong learner, he is a proud graduate of the University of Hawai’i, receiving his B.A. in Anthropology from UH-Hilo (with a focus on Hawaiian culture) and his M.A. in English as a Second Language (ESL) from UH-Manoa. Since 2002, Derek has been teaching in the University of Hawai’i system, employed for 3 years at UH-Manoa and Kapi’olani Community College before moving back to Maui in 2005 to teach at the University of Hawai’i Maui College. At UH Maui College, Derek has served in various roles, including: as the International Short-Term Programs Coordinator, as an ESL instructor and curriculum coordinator at the Maui Language Institute, and as an instructor for VITEC in the Office of Continuing Education and Training (OCET). Currently, he is teaching full-time with the English Department at UHMC, both on-campus, off-campus (Kamehameha Schools Maui), and online. Additionally, Derek also teaches for UH-Manoa’s Second Language Studies department at the University Center, Maui. Derek’s professional passions rest in a multitude of areas, including international education, teacher training and development, curriculum design, online instruction, and educational technology. Currently, he is developing and/or teaching online courses for UHMC’s English department, the Maui Language Institute, and UH-Manoa’s Second Language Studies department.
In the Maui community, Derek is deeply invested in serving as a resource for the ESL student and teacher population in our educational institutions. He has been working with Department of Education ESL teachers since 2008 in an attempt to raise awareness about how second languages are learned and to encourage second language teaching best practices in the classroom. When not in the classroom, or pursuing professional growth and development, Derek enjoys spending time with his family. His other passions include: traveling, playing golf, watching college basketball, and learning about other cultures and places. One of Derek’s more enriching personal endeavors in his life involved living and teaching in Japan. Ultimately, Derek believes that education holds the seeds of all possibilities for positive change for Maui, and thus, his life mission is committed to making a positive impact on Maui through creating more and better educational opportunities for the people of Maui. 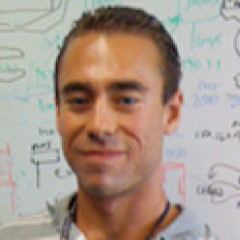 Brad Thomas was raised in Hilo, HI. He went to Kealakehe High School in Kailua-Kona and thereafter moved to Maui to earn degrees in Electronic Computer Engineering Technology at Maui Community College, then a degree in Computer Science through American Sentinel University (online) and is now pursuing his Masters in CS. He now works at Maui High-Performance Computing Center as a contractor for the Air Force working as a High-Performance Systems and Networking Support Engineer. Brad loves living in Maui and desires to gain more knowledge of the land, history, and culture and is honored to be apart of Ka Ipu Kukui. He understands the significance of higher education, the community, and ‘ohana of Maui Nui and is happy to provide support in any way that he can. In his spare time he enjoys studying mixed martial arts, windsurfing, paddling outrigger canoe, and basically just getting away from computers.