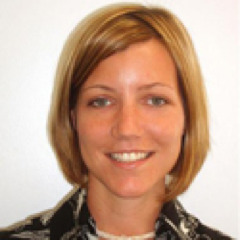 Originally from Wisconsin, Kate Bahr graduated from the University of Wisconsin-Madison with a B.S. in Textile and Apparel Design and the Fashion Institute of Technology in New York with an A.A.S. After traveling, living and working abroad for two years, Kate moved to Maui in 2004. Here she became involved in the West Maui Community, working for organizations including LahainaTown Action Committee and Lahaina Bypass Now. She is currently the Program Director for Lahaina Restoration Foundation, a non-profit organization that strives to restore, maintain and interpret the physical, historical, and cultural legacy of Lahaina. She is also the event coordinator for the Maui Plein Air Painting Invitational, a tutor for Lahaina Complex After School Tutoring Program, and a member of the Rotary Club of Lahaina Sunrise. 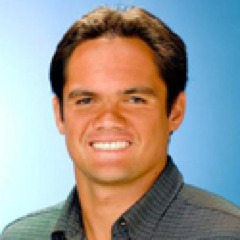 Kainoa is a Green Development Coordinator at Dowling Company, Inc. in Wailuku. As a LEED Accredited Professional, Kainoa is responsible for assisting with Dowling’s green development and sustainability efforts. He helps to facilitate integrated design principles within the company to achieve LEED Certification on all registered projects. Prior to his career with Dowling Company, Kainoa worked alongside the Executive Vice President of a green building and sustainable real estate educational and consulting company in Portland, Oregon while working toward his degree at Portland State University. Born and raised in Lahaina, Maui, Kainoa earned a Bachelors Degree in Business Administration emphasizing in Real Estate Finance from the PSU School of Business Administration, while earning a minor in Community Development from PSU’s School of Urban Studies & Planning. Kainoa has become involved as a member US Green Building Council Hawaii Chapter where he is currently the Chair for the Maui Programs Subcommittee as well as a member of the Finance Committee. 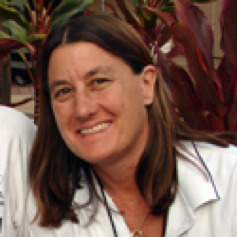 Ellen moved to Maui from Los Angeles in 2004, after teaching 6th grade in an elementary school located in a low-income area for ten years. A major focus of her teaching was to incorporate project-based learning through the use of technology. In addition, she worked closely with Loyola Marymount University’s Education Department as a master teacher and in aiding elementary teachers in empowering learners through technology. Ellen is currently the Alaka`ina Foundation’s Education Outreach Coordinator, providing educational support for the Digital Bus project. She facilitates a hands-on, project-based science and technology curriculum for the students of Maui Nui. In addition, she writes grants for the Digital Bus project, assists in developing new environmentally based curriculum and works with school and community partners on existing projects. She lives in Kihei with her husband and two dogs, and has a passion for racing outrigger canoes as a member of Lae Ula O Kai Canoe Club. 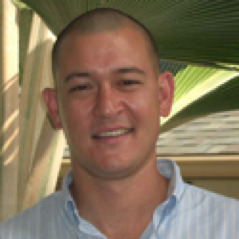 David Gorman was born and raised in Honolulu, Hawai’i. After obtaining a degree in Economics from the University of Hawai’i, he moved to New York City and began his career at Pequot Capital as a research analyst with their technology venture capital group. In 2003, he joined Capital IQ, a growing technology company that sold information and analytic tools to investment banks and asset managers. In 2005, Capital IQ was acquired by The McGraw Hill Cos and became a division of Standard and Poor’s. In 2008, his daughter, Jasmine Kimoana, was born and he and his family decided to return to Hawai’i and make Maui home. He currently lives in Wailuku and is a Financial Advisor with Morgan Stanley. He enjoys spending time with family and friends, playing sports, cooking and investing. 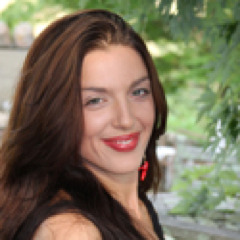 Katie McMillan is the Marketing and Community Relations Director at Maui Community College. Katie oversees the campuses marketing and public relations efforts and works closely with a wide range of community organizations on efforts to further develop a more skilled and globally connected workforce for Maui Nui. Prior to her position at Maui CC, Katie directed the public relations efforts for Inner Ocean Publishing Company, a national book publishing company located in Makawao. She led successful PR campaigns for numerous national organizations including MoveOn.org, The Blue Frontier Foundation, and Code Pink, Women for Peace. Katie is a graduate of Mary Baldwin College in Staunton, VA with a Bachelor’s degree in Marketing and Communications. She is also a graduate of The Virginia Women’s Institute for Leadership, Mary Baldwin’s innovative four-year leadership program and was one of the first women admitted into the Army ROTC program at The Virginia Military Institute. Katie has been involved in numerous community events and projects on Maui including Growing Dreams, a fundraiser for Maui Youth and Family Services, Life Fest Maui, a health and wellness focused event in Kapalua, and The Maui Film Festival. 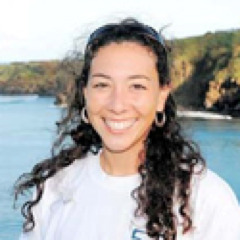 A graduate of Hilo High School and Northern Arizona University (B.S. Mathematics/Education); Tamara moved to Maui in 2001 to pursue a career with the County of Maui’s Ocean Safety section, working in the West District at D.T. Flemings Beach Park. Tamara is also one of the co-founders of the non-profit Save Honolua Coalition and is currently the Vice President and writer of the organization’s monthly newsletter. Tamara is a member of the Community Conservation Network’s Managing Better Together Learning Network and the recently formed Maui Nui Marine Resource Council. In her spare time she enjoys swimming, talking story, paddling canoes, surfing, beach clean-ups, composting, working part-time at Island Air and traveling inter-island. 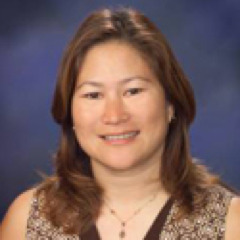 Kuhea was born and raised on the island of O‘ahu and is a graduate of Leilehua High School and the University of Hawai‘i at Manoa where she earned a Bachelor of Science degree in Family Resources. Appointed Maui County Environmental Coordinator by Mayor Charmaine Tavares in 2007, she is responsible for carrying out the Mayor’s environmental priorities, delivering testimony for critical legislation, serving as a liaison between the Mayor’s Office and the community, addressing constituent concerns, and representing the Mayor on several boards and committees. As an active member of the conservation community since 1990, she has facilitated environmental education and outreach programs and events for The Nature Conservancy of Hawai‘i, Hawai‘i Volcanoes National Park, Kaho‘olawe Island Reserve Commission, ‘Ola‘a-Kilauea Partnership, U.S. Fish & Wildlife Service – Hakalau Forest National Wildlife Refuge, U.S. Army Garrison, Hawai‘i – Pohakuloa Training Area, and the Hawai‘i Department of Education. Kuhea has also dedicated significant volunteer time to organizations, such as the Sierra Club High School Hikers Program, A Day on Lake Wilson, Kaho‘olawe Island Reserve Commission, Midway Atoll, Community Work Day Program, Hawai‘i Nature Center and many others. 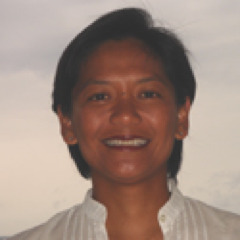 Leilani Pulmano is a Development Coordinator for Community Development, one of three operating divisions, of ML&P. Community Development is responsible for creating holistic communities that provide a high-quality eco-effective living environment, protects Maui’s natural resources and honors its cultures and traditions. Leilani helps coordinate the planning and construction for three developments: 1) Pulelehua, a “traditional” village, 2) Pailolo Views, affordable rental apartments in close proximity to the Kapalua Resort, and 3) Ritz-Carlton Club and Residences, Kapalua Bay, luxury wholly owned and fractional condominiums. Leilani has a Bachelors Degree in Business Administration from the University of Hawaii – Manoa Campus. Leilani is active in the community with Lahaina Bypass Now, an organization working towards transportation solutions, and Rotary Club of Lahaina, an organization of professional leaders dedicated to providing humanitarian service and building goodwill and peace in the world through “Service above Self”. 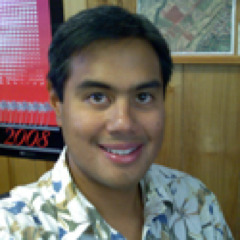 Jeff is originally from Kauai and now calls Maui his home. He is married and has a son and a daughter. Jeff holds a degree in civil engineering and has been involved with a wide range of engineering and construction projects that have taken him to all of the major islands. From Kona to Manele to Princeville, he has had his share of harbors and highways for the State, roads and utility design and construction with the counties, hotel and subdivision infrastructure, irrigation system for agriculture entities, and water and wastewater systems for communities. On board with Kaanapali Land Management, Jeff is a licensed professional engineer and is now tackling the engineering, infrastructure and other technical components associated with growth on Maui. Coming from a ‘small island’, Jeff values family and friends and appreciates the sense of community and working together. 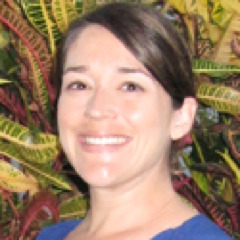 Megan grew up in New York State, then living and working in a variety of coastal and island communities before moving to Maui with her family in 2004 to work for the University of Hawai‘i Sea Grant program. Megan has obtained a Bachelors of Science degree in Biology and a Masters degree in Environmental Chemistry. As Makai Stewardship Coordinator for Maui Land & Pineapple Company, Megan is responsible for the management of 3,000+ acres conservation land, involving native restoration and reforestation projects. Her position focuses on community stewardship by coordinating outreach events for student and community groups. Megan enjoys spending time with her husband and two sons exploring Maui both above and below the ocean. 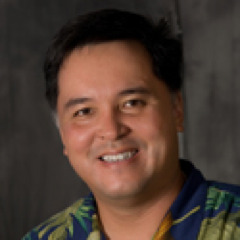 Kevin Yoshida is Vice President and Branch Manager of Central Pacific Bank’s Kahului branch. He has over 17 years of experience in the banking industry and is extremely active in the small business community. He enjoys serving as a board member of the Maui Chamber of Commerce and the Maui Economic Opportunity (MEO) Business Development Corporation. In August 2008, Kevin graduated with honors from the Pacific Coast Banking School. He holds a Bachelors degree in Finance from the University of Hawaii at Manoa. In addition to business and banking, another one of Kevin’s passions is animals and he proudly serves as Treasurer on the Maui Humane Society’s Board of Directors. He is blessed with his wife Lianne and has three dogs which complete their family.